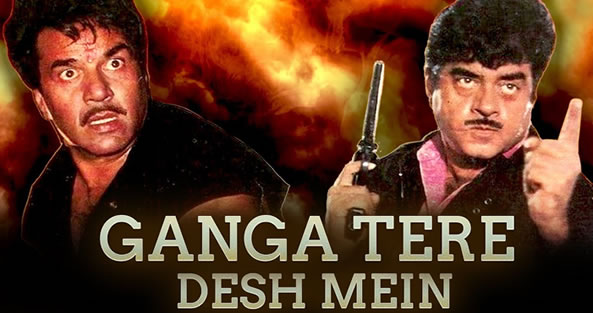 Plot: Inspector Ajay lives with his widowed mother in a city in India. He has been assigned the task of bringing in notorious bandit and gangster named Cobra, who has been terrorizing and killing people all over India. He does succeed in arresting him, and holds him in a cell, only to find out that he is insane, and must be institutionalized. Thereafter, Ajay awaits Cobra's treatment so that he can proceed with his investigation. One day while his mother packs his lunch, he finds out that it was poisoned, it did not affect him, but it kills another colleague. His mother, relieved to find out that Ajay is alright, is more concerned about Cobra, who was also sent some food. Ajay is baffled as to why his mother would feed a senile criminal, and he sets out to find out why. The truth will devastate him, make him lose his job, and change his outlook on life forever.

Krishna Dev aka KD, a laid back cop, works in AP HIT, has to take up a gruesome murder.. more...
Home / Movies /Ganga Tere Desh Mein