Mary-Kate and Ashley Olsen opens up on their 'discreet' lifestyle! Wed June 16th, 2021 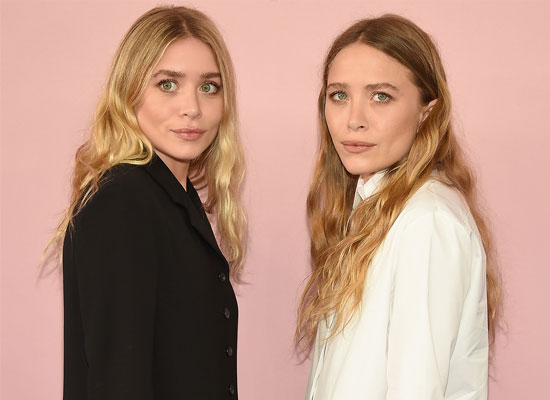 Hollywood stars Mary-Kate and Ashley Olsen are known to be very private and in a rare media chat, the twins opened up about laying low and why they prefer their brand to speak for itself. The twins who became popular after playing the role of Michelle Tanner on the 1987 sitcom Full House have managed to keep away from the limelight, as they got older and in their latest media chat revealed about their "discreet" lifestyle.
While the Olsen twins' acting days are way behind them, the duo is well known in the fashion world as designers. In a rare media chat, the twins revealed that they are "a bit out of practice" when it comes to interviews. Mary-Kate and Ashley are known globally for being the founders of their brand The Row which they launched when they were 18.
While talking to a tabloid, both explained why they decided to not make their brand all about themselves. “We were raised to be discreet people", told Mary-Kate. Adding further to this, We really didn’t want to be in front of it. We didn’t necessarily even want to let people know it was us, in a way. I mean, it was one of those things where it was really about the product, to the point where we’re like, ‘Who could we get to kind of front this so we don’t have to?’ I think, to this day, you’ll see we really put the product first."
Both reminded the reason why they ventured into fashion and starting their own brand as, "We think what we did know was that we wanted to take that time to take a break from what we were previously doing and to explore things that interested us, and explore what life has to offer", Ashely told.