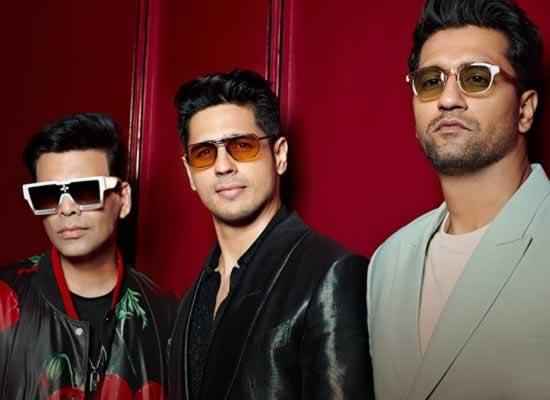 Recently, Bollywood's heartthrobs Sidharth Malhotra and Vicky Kaushal spilt a lot of beans on the episode of Koffee With Karan 7. During the chat with host Karan Johar, Vicky opened up about comparing his career with Ranveer Singh and Ranbir Kapoor.
When Karan Johar questioned Vicky Kaushal does he fall into the comparison trap? To this, the Masaan actor responded with a negative. The Raazi acto revealed, “I feel all these tracks are running parallelly and everybody’s pursuit is for excellence and everybody’s pursuit is for leaving a great legacy behind. That is what we are all pursuing for and that's what we are all aiming for, that is what we are all working hard for. I think with changing times the definition of being a star changes. With my contemporaries alone, I started watching Student Of The Year and all before I even entered the industry. I have seen them and I have admired them and I have already looked up to them ki ‘yaar kabhi mujhe bhi aisi film mile’. So I never get into this comparison that I never feel that I am equal to them. I feel ki acha yaar meri journey chal rahi hai. I used to watch their films when I wasn’t even in the industry, be it Ranbir, Ranveer even Sid everybody. It just doesn’t come to me organically. Like sometimes I have fan moments with them.”
On the film front, Vicky Kaushal will be seen in Govinda Naam Mera, Sam Bahadur and Tripti Dimri.