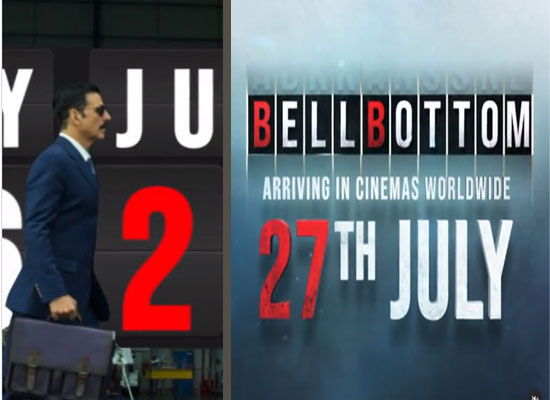 The much-anticipated film Bell Bottom starring Akshay Kumar, Vaani Kapoor and others is all set to release in theatres amid reports of heading for OTT release. The Entertainment star pronounced the release date with a post.
In a post on social media, Akshay Kumar finally pronounced the release of Bell Bottom in theatres on July 27, 2021. The movie has been in the news lately amidst rumours of it heading for a direct OTT release. However, putting an end to all such conjectures, Akshay has pronounced that his movie will be releasing worldwide in theatres next month. Among the latest unlock phase after the second wave of COVID 19, numerous restrictions in many states have been lifted.
In his post, Akshay posted, " I know you have patiently waited for the release of #Bellbottom. Couldn’t be happier to finally announce the release of our film. Arriving on the big screens worldwide #BellBottomOn27July." The post that Akshay posted featured him in his spy avatar from Bell Bottom walking past dates starting from July 23. As soon as he walked past July 27, the announcement was unveiled about the release of the film in theatres next month.