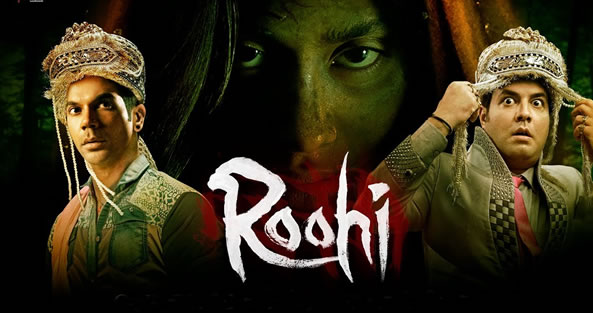 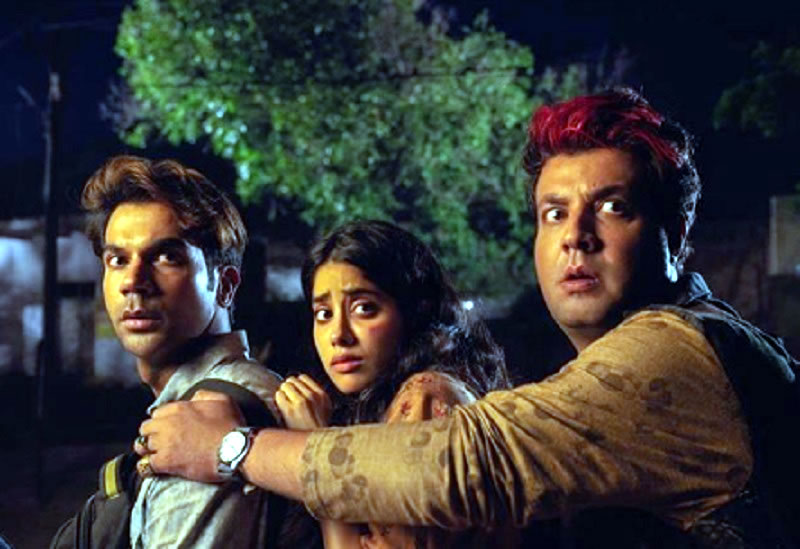 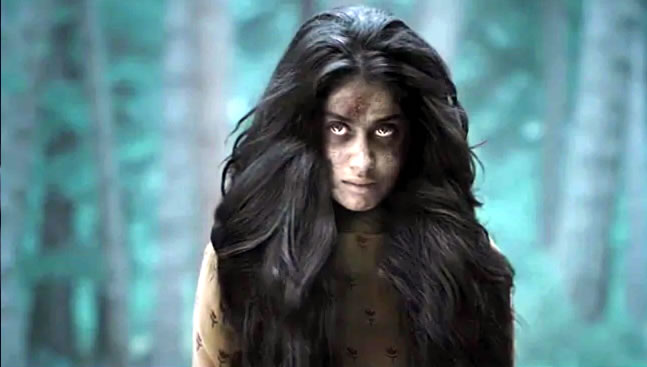 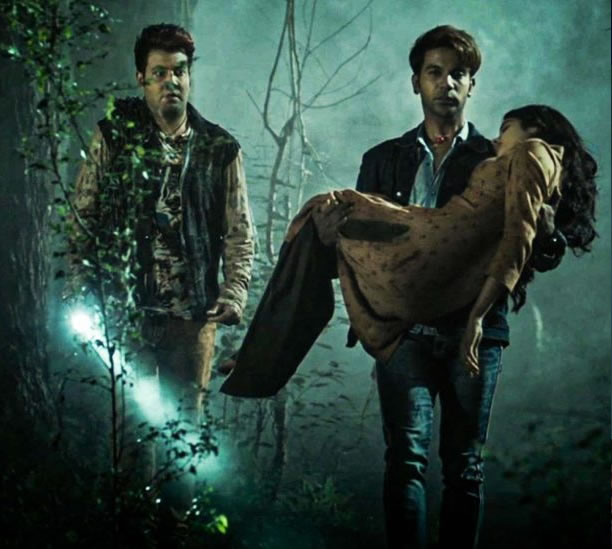 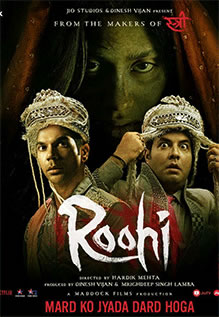 Roohi is a 2021 Indian Hindi-language comedy horror film directed by Hardik Mehta and produced by Dinesh Vijan under the banner Maddock Films.[2] It tells the story of a ghost who abducts brides on their honeymoons. The film stars Rajkummar Rao, Janhvi Kapoor and Varun Sharma.

Plot: ROOHI is the story of a possessed girl. Bhawra Pandey (Rajkummar Rao) and Kattanni Qureshi (Varun Sharma) work as crime journalists in a small town, Baagadpur. They also specialise in ‘pakdaai shaadi’ aka bride kidnapping, an accepted custom in Baagadpur. One day, their boss, Guniya Shakeel (Manav Vij) orders them to kidnap a girl, Roohi (Janhvi Kapoor), from a nearby town, Mujaribaad. Bhawra and Kattanni manage to kidnap Roohi while she is with her father (Rajesh Jais). As per the ‘pakdaai shaadi’ custom, after the girl is kidnapped, she is straight away taken to the marriage venue. Bhawra and Kattanni are also supposed to follow suit with Roohi. But after the kidnap takes place, Guniya calls them and tells them that the groom’s uncle has passed away suddenly. Hence, the marriage will now take place after a week. Till then, Bhawra and Kattanni are told to keep her as a hostage in an abandoned property in the hills of Ambiyapur. On the first night, Bhawra goes to offer dinner to Roohi only to realize that she is possessed. Kattanni, at first, doesn’t believe but later, even he sees the possessed side of Roohi. However, instead of being frightened, Kattanni falls for the possessed Roohi. Bhawra, on the other hand, is in love with the non-possessed Roohi. He decides to help her and get the witch out of her body. Kattanni however is averse to the idea as loves the possessed Roohi and if Bhawra succeeds, the witch will leave Roohi forever. What happens next forms the rest of the film.

An alcoholic professor is sent to a juvenile school, where he clashes with a gangster,.. more...
Home / Movies /Roohi