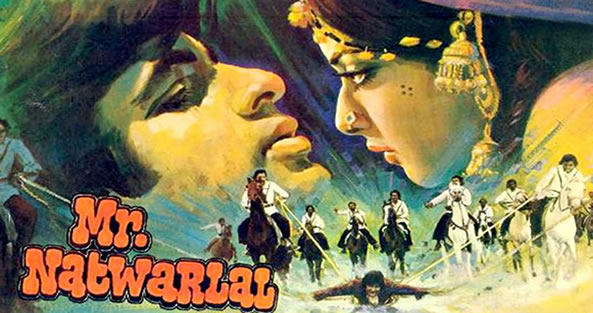 Mr. Natwarlal is a 1979 Hindi action comedy film produced by Tony and directed by Rakesh Kumar. The film stars Amitabh Bachchan, Rekha, Ajit Khan and Amjad Khan. The music is by Rajesh Roshan, the songs are written by Anand Bakshi, and the highlight of the film was a children's song sung by Amitabh Bachchan. Ishraq-Suja made their first writing debut. They became famous for writing a Novel name "Shadman & Zarin er. Then Tony  decided to take them as the writer of the film. The film was shot in Kashmir and major part was shot in Jammu and Kashmir

The name of film and lead character were inspired from conman of India, Natwarlal.

Getting Amitabh to sing was a gimmick tried for the first time in this movie. Kabhi Kabhi earlier had Amitabh spouting poetry in a song, but this was the first song he sang in a movie; this was by other  subsequently in films like Silsila and Pukar.

An alcoholic professor is sent to a juvenile school, where he clashes with a gangster,.. more...
Home / Movies /Mr. Natwarlal