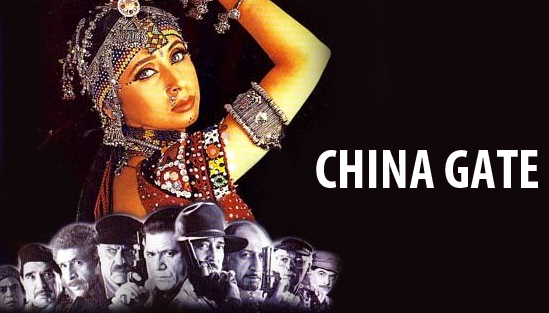 The story begins with Col. Krishnakanth and his ten men being sacked from the Indian army as they failed China Gate mission in 17 years. After witnessing the brutal slaying of her Forest Officer father, Sunder Rajan, at the hands of dreaded dacoit Jageera, Sandhya goes to Col. and asks for his assistance in bringing an end to Jageera's rule in the Devdurg region. Krishnakant agrees to assist her and summons ten of his fellow officers and subordinates to assist him. They assemble at Devdurg with the necessary ammunitions and arms to combat Jageera, not realizing that Jageera has influence over the local police detachment, who will prevent Krishnakanth and his men to possess any guns and weapons. This does not deter the men, and they continue to stay on in Devdurg and gain the confidence of the villagers. What the villagers do not know that Krishnakant and his men had all been dishonorably discharged from the army for cowardice and retreating when attacked by the enemy.

An alcoholic professor is sent to a juvenile school, where he clashes with a gangster,.. more...
Home / Movies /China Gate