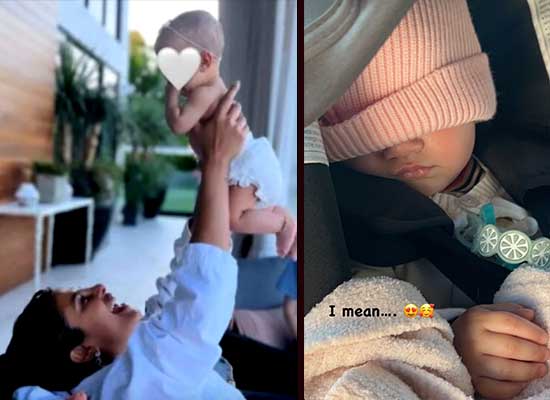 Well-known celebs Priyanka Chopra and Nick Jonas tied the knot in Rajasthan on December 1, 2018. After this, on January 15, 2022, the Fashion actress and the musician welcomed their first child together, a daughter named Malti Marie Chopra Jonas, via surrogacy.
Now, recently, the Aitraaz actress posted a pic of her daughter Malti Marie Chopra Jonas. In the pic, we can see their daughter’s half face, as her eyes could be seen covered with a warm woolen cap. On Instagram, Priyanka dropped a heartfelt caption which read, ” I mean…,” with a bunch of heart eyes emoticons.