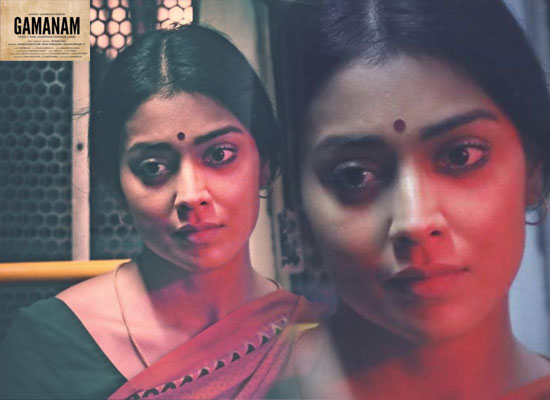 South director Krish unveiled the first look poster of Shriya Saran from the forthcoming movie called Gamanam. The stunning south star has gone completely de-glam for her role in the movie. There is a strong buzz in the film industry that the much anticipated movie is a social drama. Film Gamanam is directed by Sujana Rao.
As per the media reports that film Gamanam will release in five languages namely, Telugu, Tamil, Malayalam, Kannada and Hindi. The movie is seemingly based on real life instances that have occurred and how they are all interrelated. The movie sure sounds very exciting and the first look poster of the striking diva Shriya Saran has left her admirers guessing about her character in the movie. This film will also feature stars like Nithya Menen, Shiva Kandukuri and Priyanka Jawalkar.