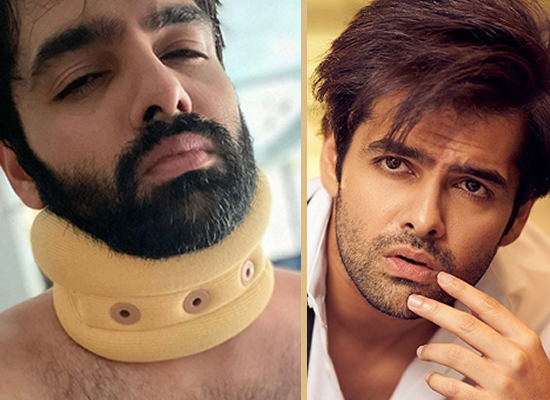 As per media updates, the shoot of RAPO19 has been put to a halt as south superstar Ram Pothineni is hurt due to neck injury. While the reason of how the injury was not mentioned, Ram took to social media and shared a selfie with neck injury. Sharing a pic to inform his admirers about the injury and #RAPO19 shoot, Ram posted, "Take a break…or take The Break! #RAPO19 on."
Recently, it is being revealed that Ram hurt in his neck during the intense physical transformation for #RAPO19. Not many details about his character are revealed yet but the Ram promised that it will be something which was never seen before.
RAPO19 is a bilingual film and is being shot in Telugu and Tamil languages concurrently. Directed by N Lingusamy, Ram will mark his debut in Tamil with this film. Krithi Shetty is the leading lady of the movie.