Patrick Stewart opens up on his role of Professor X in Doctor Strange 2! Tue May 17th, 2022 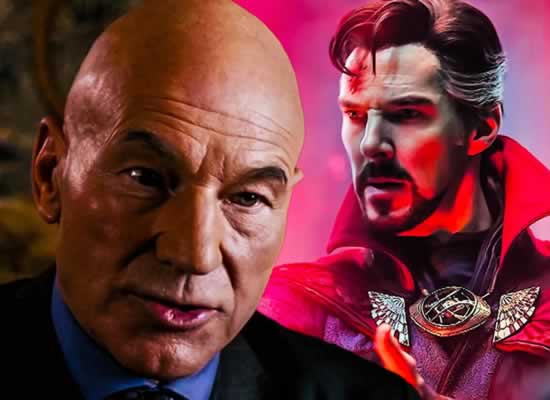 Hollywood actor Patrick Stewart admits that he was nervous about reprising his Professor X role before Doctor Strange in the Multiverse of Madness. Stewart initially played Professor Charles Xavier in 2000's X-Men and has played the character numerous times since, most recently in Multiverse of Madness.
Stewart's Xavier has gone through a lot in his X-Men career, with his character being heartlessly murdered in half of his on-screen appearances. However, these deaths were typically brief. Professor X faced additional sorrow after Mystique's time-altering action in X-Men: Days of Future Past brought Xavier back to life. In Logan, the telepath was one of many X-Men characters who died defending a younger generation of mutants in what many thought was Stewart's last appearance as Xavier.
Now, Stewart revealed to a daily that he was nervous about reprising the role. Gratefully, Stewart did not let this concern deter him from reprising Professor X in Doctor Strange in the Multiverse of Madness. Stewart's time away from the X-Men provided him with new insights and enabled him to inject new life into the character. Despite his initial reservations, Stewart was delighted to be a part of the picture.