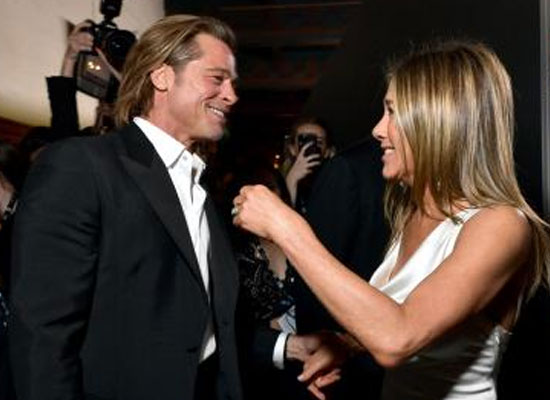 Hollywood star Brad Pitt received his first Oscar as an actor at the 92nd Academy Award. He was nominated for the Best Actor in Supporting Role at the Oscars 2020 and beat Al Pacino, Tom Hanks, Joe Pesci and Anthony Hopkins for the trophy. Whereas Jennifer Aniston might have not attended the Oscars to witness the win, she was aware of her ex-hubby's achievement. She made her way to the Oscars after-party which was also attended by Brad and showered him with best wishes over his win.
As per a media source, the ex-lovers were spotted at the glitzy Guy Oseary’s annual Oscars After Party over the weekend. It was then that the ex-flames crossed paths and Jen found the chance to congratulate Brad over his win. A viewer disclosed, "Aniston congratulated Pitt on his [Best Supporting Actor] win, [and] they didn’t hang out long."