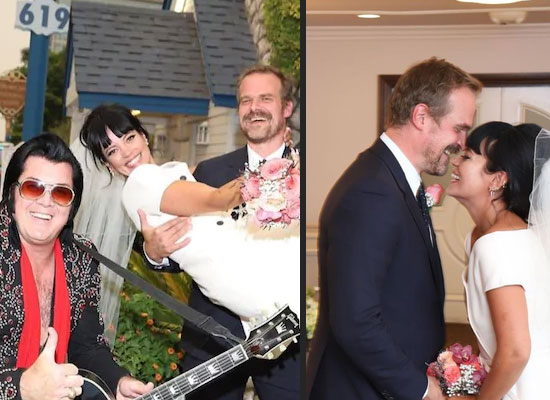 Hollywood celebs Lily Allen and David Harbour tied the knot! The 35-year-old Smile singer Lily Allen and the 45-year-old Stranger Things actor David Harbour got married on Monday (September 8), as per latest media reports. Conjecture arose previously in the week that the two might have tied the knot after it was stated that they had obtained a marriage license while in Las Vegas.
Both Hollywood biggies exchanged their vows and told “I do” at the Graceland Wedding Chapel. This is David‘s first marriage, and the second for Lily, who was earlier married to Sam Cooper. She has two children with her ex: Ethel, 8, and Marnie, 7.