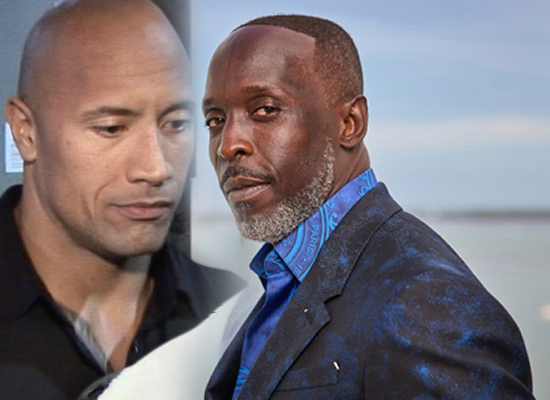 Hollywood biggie Michael K. Williams passed away aged 54 on Monday, September 6. The actor's tragic passing has left his admirers and also his colleagues from the acting world in a deep state of shock. Tributes have been pouring in for the late actor.
On the Instagram, Johnson posted a heartfelt message to pay tribute to the Lovecraft Country star and wrote, "You’ll be missed, brother. A real pleasure to work with you and call you a friend. Strength, mana & love to your family during this very difficult and heartbreaking time. Go rest high."
Apart from Johnson, other Hollywood celebs such as Edward Norton, Viola Davis, James Gunn were among those who also mourned Willaims' death on social media.
The cause of Williams' death has still not been confirmed. Michael was best known for starring in the HBO drama series The Wire and was found dead in his New York apartment on Monday.