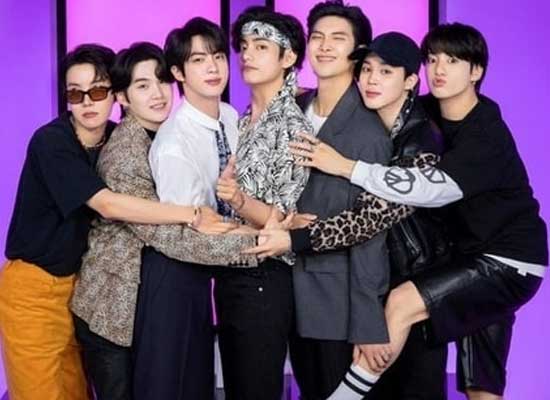 Well-known the South Korean boy band BTS has won two awards at the American Music Awards, one of the top three popular music awards ceremonies in the United States, and succeeded in winning awards for five consecutive years.
Recently, the awards ceremony held in Los Angeles, USA on November 21st, BTS won two awards in the categories of 'Favorite Pop Duo or Group' and 'Favorite K-Pop Artist'. BTS made their first award-winning relationship with the American Music Awards when they won the ‘Favorite Social Artist’ category in 2018. A year ago, in 2017, they were the first K-pop group to perform at this awards ceremony. Since then, it has been on the list of winners for five consecutive years until this year.
In the category of 'Favorite Pop Duo or Group', BTS set a record of winning the award for 4 consecutive years since 2019, beating out prominent candidates such as Coldplay, Imagine Dragons, Moneskin, and One Republic.
About the AMAs, the American Music Awards (AMAs) is an annual American music awards show, generally held in the fall, created by Dick Clark in 1973 for ABC. From 1973 to 2005, both the winners and the nominations were selected by members of the music industry, based on commercial performance, such as sales and airplay. Since 2006, winners have been determined by a poll of the public and fans, who can vote through the AMAs website.