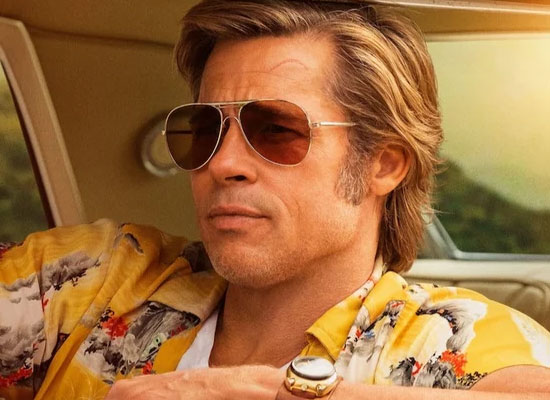 Hollywood star Brad Pitt was lauded for his terrific performance in Quentin Tarantino's Once Upon a Time in Hollywood in 2019, which was a hit at the box-office. For this, The 56-year-old Brad Pitt was honoured with a BAFTA, a SAG and a Golden Globe while he also took home his first-ever Oscar.
Now as per media reports, Pitt seems to have locked his next project post Once Upon a Time in Hollywood. As per a media tabloid, Pitt will be starring in Bullet Train, which will be directed by David Leitch of Deadpool 2 and Fast & Furious Presents: Hobbs & Shaw fame. While Bullet Train will be penned by Zak Olkewicz, the movie is based on Kotaro Isaka's Japanese novel, Maria Beetle. The storyline centers on five assassins who find themselves on a fast-moving bullet train, scheduled from Tokyo to Morioka with just a few stops between the two destinations. The five assassins realise that their missions are actually related to one another with the question arising as to who makes it off the train alive and what awaits them at the terminal station.