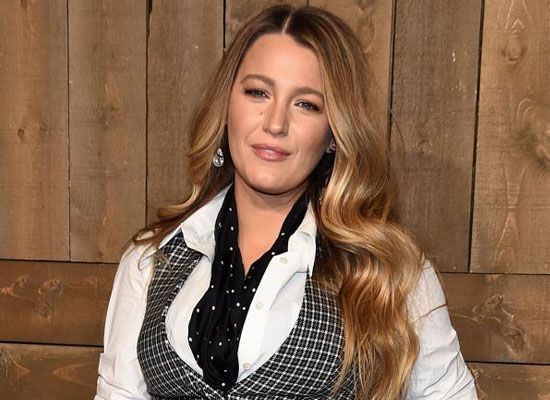 Hollywood star Blake Lively made an appearance at Michael Kors' New York Fashion Week show. She is a very hectic woman maintaining a balance between being a mother to 3 daughters and her professional life but even when she is away from her family, she can’t stop gushing about her beautiful daughters like a proud mother.
Recently, Blake Lively made a presence at Michael Kors’ New York Fashion Week show in a fabulous men’s wear-inspired look. The 32-year-old actress opted for a patterned vest and blouse paired with black trousers. She accomplished her outfit with a black polka dot scarf and a bracelet.
She has been a loyal fan of Michael Kors for years now. While talking with a media source, Blake Lively told if it made her step out of her house, it means the show is very special because she is obsessed with her daughters. While she couldn’t stop talking about her girls, she confessed that the show was worth leaving her daughters at home.