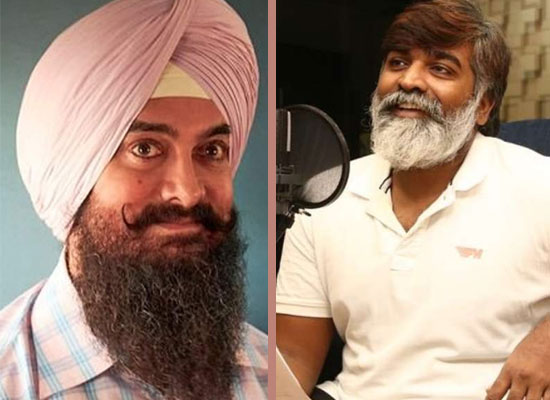 Earlier, the conjectures about Vijay Sethupathi is a part of Aamir Khan's much-waited movie, Laal Singh Chaddha have been doing rounds since a very long time. Now, film Master star Sethupathi confirmed that he has quit Aamir Khan's film, which is a Hindi remake of Hollywood flick, Forrest Gump. He was roped in to essay the role of Aamir Khan's friend in the movie. But, things didn't work out and Vijay decided to quit the film.
Amid all this, Conjectures were doing rounds that Vijay Sethupathi had to back out due to his weight. Rumours were doing rounds that the actor was supposed to be in a shape for the movie but he failed to do so and this had left Aamir Khan annoyed. Vijay Sethupathi has now condemned the reports stating weight was never an issue but he opted out of the film due to other work commitments. In the meantime, the makers are still in search of Vijay Sethupathi's replacement. Laal Singh Chaddha is directed by director Advait Chandan.