SRK to reunite with Sanjay Leela Bhansali for an epic tale of love? Tue May 11th, 2021 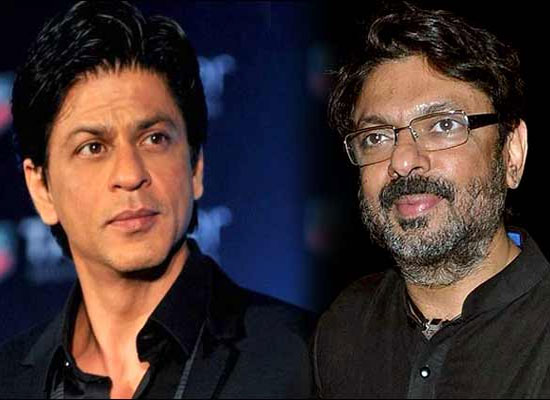 After 2002 tragic drama, Devdas, there have been continuous talks about a possible reunion of Shah Rukh Khan and Sanjay Leela Bhansali. As per recent media updates, there were conjectures about how the ace director is planning to bring SRK and Salman together in a movie, on the lines of his 1999 directorial, Hum Dil De Chuke Sanam. However, nothing happened.
At present, filmmaker Sanjay Leela Bhansali is busy in wrapping up his Alia Bhatt starrer Gangubai, the newest buzz suggest that the duo has started discussing another movie.   As per a media source, Sanjay Leela Bhansali has approached SRK with a new version of script titled Izhaar. “It was a film that Bhansali wanted to do with SRK around four years ago. It's a love story revolving around this couple - an Indian man and a Norwegian girl. It's based on the real-life story of the guy who cycled all the way to Norway for love.
Fascinatingly, SLB had reportedly narrated this idea to Salman Khan as well, however, the actor had liked another script that was written by Bhansali titled Inshallah. But, that film was eventually shelved due to creative differences between the two.