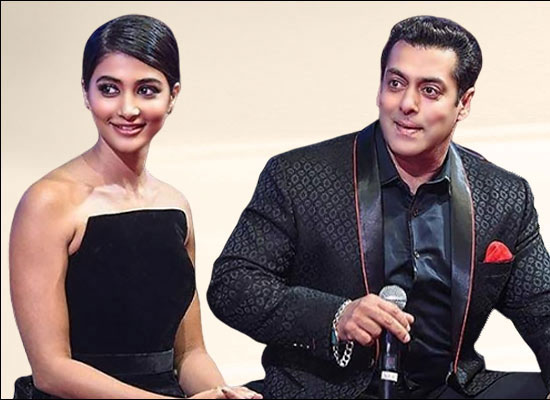 Superstar Salman Khan took everybody by astonishment as he pronounced his movie Kabhi Eid Kabhi Diwali last month. From its unique title to the trademark Eid release, the movie became the talk of the town ever since Salman broke out the news on Twitter. As per media reports that Salman Khan will be seen romancing Pooja Hegde in the movie.
In a media talk, Producer Sajid Nadiadwala disclosed that after having worked with Pooja in Housefull 4, they felt that the actress would make a perfect fit for the movie. Salman and Pooja will be teaming up for the first time, the first shoot schedule that is scheduled to start in October 2020, will serve as the ice-breaker for them.
Salman will be seen in a never seen before avatar while Pooja will essay a traditional small-town girl in the movie. Film Kabhi Eid Kabhi Diwali will be high on action. But, Salman will be seen fighting for a larger cause. The Farhad Samji directorial is scheduled for Eid 2021 release.