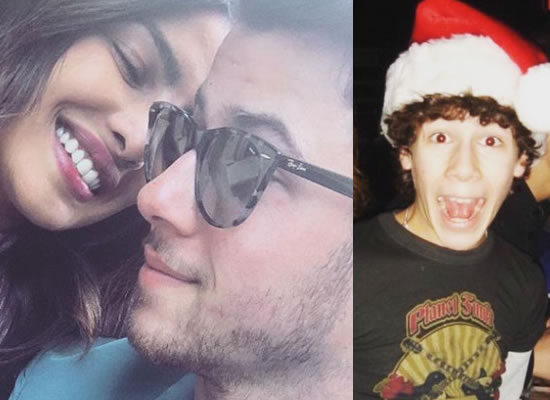 International diva Priyanka Chopra Jonas and Hollywood singer Nick Jonas have been wedded for over 10 months and have been redefining couple goals ever since. Earlier, Nick had disclosed that he has been suffering from Type 1 Diabetes since he was a kid and had shared his story. Numerous of Nick’s admirers praised him for coming out and speaking about it.
Now, in a media chat, Priyanka also talked about Nick fighting and living with Type 1 Diabetes and shared what she firstly felt when they got married. Priyanka disclosed that she used to wake up in the middle of the night in the initial days of their marriage just to ensure that everything was ok with Nick while sleeping. But, she also stated that Nick is really vigilant and disciplined and keeps a tab on his sugar levels, even when asleep.
It was back in 2018 when Nick shared a collage of his young photograph and the present one and shared his story of Type 1 Diabetes. Priyanka even stated in her media chat that despite Diabetes, he has been living his best life and does everything he likes. Be it touring with his band or just playing sports, Priyanka revealed that Nick does everything he wants without breaking his rules about discipline. Priyanka also appreciated how Nick has been taking care of himself with his diabetes from a very young age. Priyanka stated that Nick wanted to show people that Diabetes doesn’t mean the end of the world.