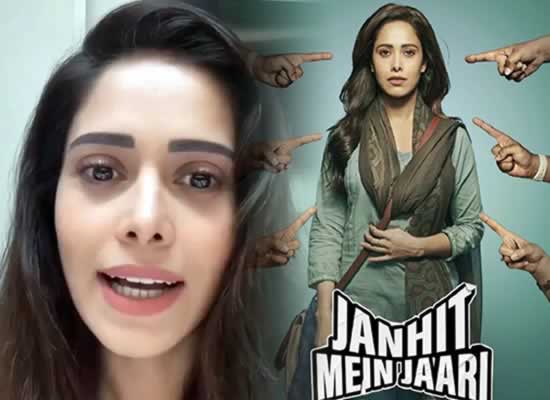 Recently, Nushrratt Bharuccha made the headlines after she had shared posters of her forthcoming film Janhit Mein Jaari in which she will be essaying the role of condom salesgirl.
Now, Nushrratt is now making the headlines as she has shared a thought-provoking post about getting criticized for endorsing condoms in the movie. Recently, Nushrratt had hit back to the trolls with a distinct video. In the video, the Pyaar Ka Punchnama 2 actress told, “A few days back I added two posters from my film on Instagram, in which I, a woman, am seen promoting condoms but people took it in another way. Generally, people share the best comments on their profiles but since yesterday so much has been happening with me so I decided to share the worst comments that I've received”. She shared a glimpse of the lewd comments she had received and concluded the video as, “This is the type of thinking I want to change. But no worries, you point fingers at me and I will raise my voice”.