Janhvi Kapoor opens up on the pressure of belonging from a Bollywood family! Thu February 25th, 2021 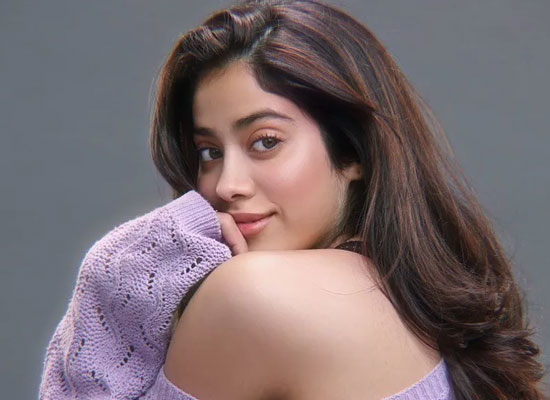 Presently, Bollywood's newbie star Janhvi Kapoor is gearing up for the release of her forthcoming movie Roohi. It is directed by Hardik Mehta and apart from Janhvi, the movie also stars Rajkummar Rao and Varun Sharma in lead roles. As per recently released Roohi’s trailer, the horror-comedy will see Janhvi plays the character of a young woman being possessed by a ghost.
Now, in a media chat, Janhvi has talked about her character in Roohi, acceptance of horror comedy as a genre in India and the pressure of belonging from a Bollywood family. Speaking about the acceptance of the horror-comedy genre in India, the Dhadak star revealed the popularity of the genre is constantly growing. “It’s a wonderful genre, all the jump-scares as well as the comic-relief aspects,” she told. She further added, “It’s fun to play such an extreme character”.
Talking about the pressure she faces for her family's film lineage, the Dostana 2 star told she likes to look at it as an incredible blessing. When questioned if she feels extra pressure, Janhvi revealed, "There are a lot of comparisons and expectations but there’s also a lot of goodwill. There are some people who expect you to be as good as your mum was but there are other people that love your mother and father so much they’ll accept you right off the bat. There are two sides to every coin and you have to make of it what you can."