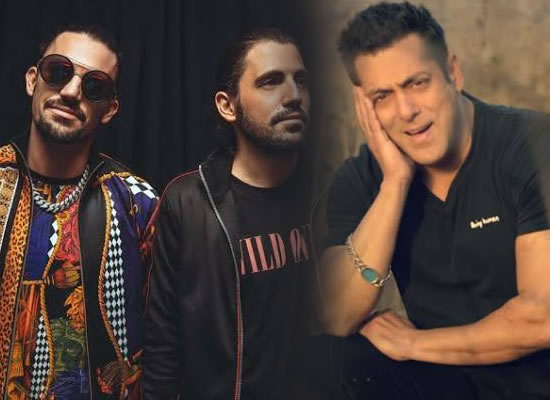 Belgian DJ duo Dimitri Vegas & Like Mike often shares appreciation for Salman on social media. In fact, Salman also keeps admiring the duo through his social media accounts, and once appealed people to support them to become the number one DJ duo in the world.
"Yeah, we have a lot of love and respect for Salman Khan! We never say never to any project idea so who knows what the future brings, but right now there is nothing planned between us," Dimitri, whose full name is Dimitri Thivaios, revealed to a media source. Earlier, the brothers have collaborated with artistes like Afrojack, Nervo, Martin Garrix, Diplo, Fatboy Slim, Ne-Yo, Steve Aoki and KSHMR.
"None at this time but the future is ahead of us so let's see," he further added. They share a close bond with India. When it comes to performing in India, Dimitri Vegas and Like Mike are a regular as they have performed over five times in the country.