Abhimanyu Dassani to share his experience of working with Shilpa Shetty in Nikamma! Thu May 19th, 2022 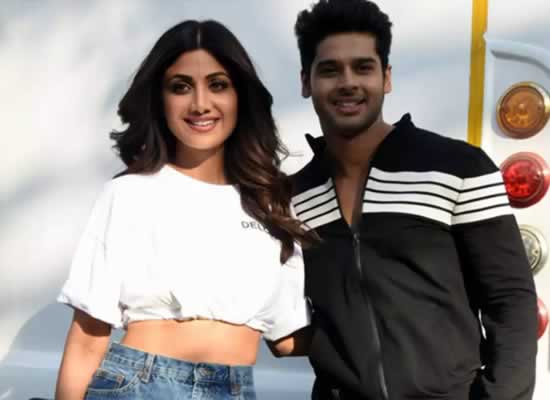 Bollywood Newbie Abhimanyu Dassani, is gearing up for the release of his upcoming film 'Nikamma'. He revealed about his experience of working on the movie with his co-actor Shilpa Shetty, at the trailer launch of the movie.
The actor told that Shilpa, who makes her comeback after 14 years with the movie, lifts up the mood of the place the moment she walks in. He revealed in a media, "Even after all these years, she has a childlike curiosity towards her work which is something I really appreciate and wish to cultivate for myself."
Furthermore, He revealed, "We both jammed on fitness. I had to gain ten kilos for the film," to which Shilpa interjected by joking, "kitna khata hai ye (how much does he eat!)."
In the end, Abhimanyu revealed that he has learnt to enjoy every meal, "During the filming we had a blast as we went around the city of Lucknow and gorged on local delicacies from Sunday to Friday."