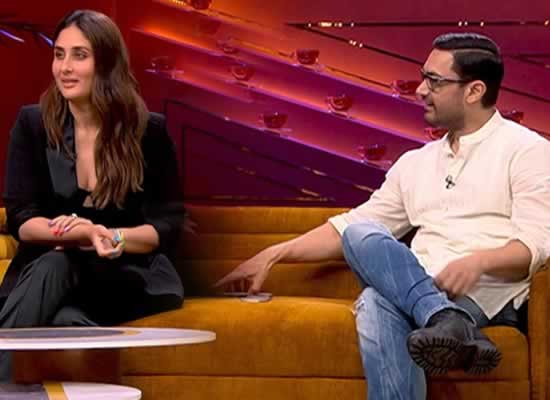 Recently, the fifth episode of Karan Johar's chat show, Koffee With Karan season 7 was graced by the 3 Idiots' duo Kareena Kapoor Khan and Aamir Khan. They appeared together on the show for the first time and came to promote their forthcoming movie Laal Singh Chaddha.
During the latest episode of Koffee With Karan 7, Aamir and Kareena had fun chat with the host Karan Johar. In one of the game segments, Kareena asked Aamir his first impression of her. He revealed, "My first impression of her was this really cute 12-year-old girl who was sitting on the sets of Andaz Apna Apna. She used to come with Lolo. And she used to look at us like this (makes gesture). So, that's my first impression of you." To note, Andaz Apna Apna was released in 1994 and starred Aamir Khan, Salman Khan, Karisma Kapoor, and Raveena Tandon in key roles.