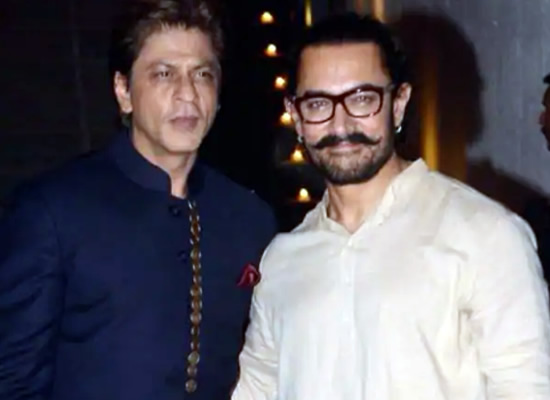 Shahrukh Khan is officially a part of Aamir Khan's Laal Singh Chaddha!
Before you get too excited though, let me explain the finer details of that big reveal. SRK’s company Red Chillies VFX has been hired to do the visual effects and graphics work on the Perfectionist’s Forrest Gump remake! That said, there are whispers that Aamir only booked Red Chillies VFX after the Badshah promised to throw in a cameo in Laal Singh Chaddha, free of cost! So let’s not give up on seeing the two Khan’s share screen space just yet, ok?