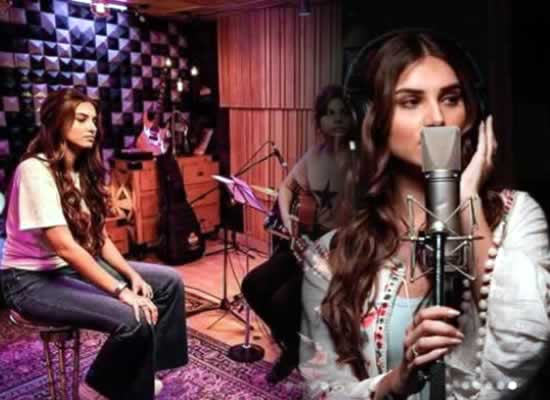 Recently, Tara Sutaria has shared a few photos of her recording a song for the film Ek Villain Returns. The actress made her singing debut along with Ankit Tiwari in the song Shaamat.
Sharing the photos on her Instagram handle, the Tadap actress wrote- “moments in the studio for #EkVillainReturns.” Crooned by Tara and Ankit, Shaamat is a rock anthem that will certainly compel you to shake a leg. The music is composed by Ankit and lyrics have been penned by Prince Dubey.
Featuring Tara and Arjun Kapoor, the song showcases snippets of their love story. Tara's singing debut and the song both received lots of appreciation from the admirers. Earlier, Tara shared some stills from the music video and wrote a heartfelt caption as well. It read, "Thank you all for giving so much love to #Shaamat!!! It was the first song I ever recorded for the film and the first song we filmed too... Firsts are always.”