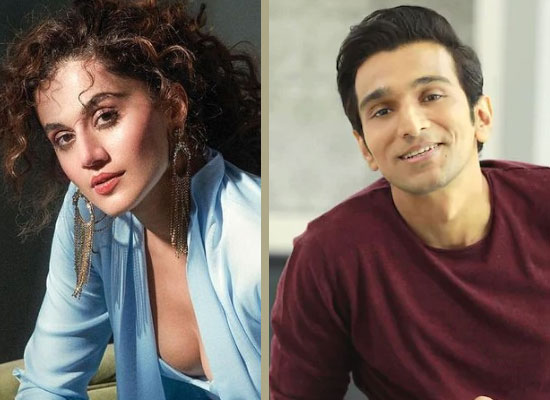 Recently, Taapsee Pannu is prepping up for her upcoming movie Shabaash Mithu. Now, she has teamed up with Scam 1992 breakout actor Pratik Gandhi for a new movie. The title of the movie is Woh Ladki Hai Kahaan? and it will be released under Siddharth Roy Kapur’s production. The investigative comedy will be directed by writer Arshad Syed. This forthcoming film will be Arshad’s directorial debut.
The movie set in central India will see Taapsee Pannu essaying the role of a gutsy cop while Pratik will be playing the role of a chauvinistic brat. Their personalities will clash when they are going to take an unlikely journey together in the movie.
In the meantime, director Arshad Syed is zeroing in on the rest of the cast. The project might go on floors by the year-end.