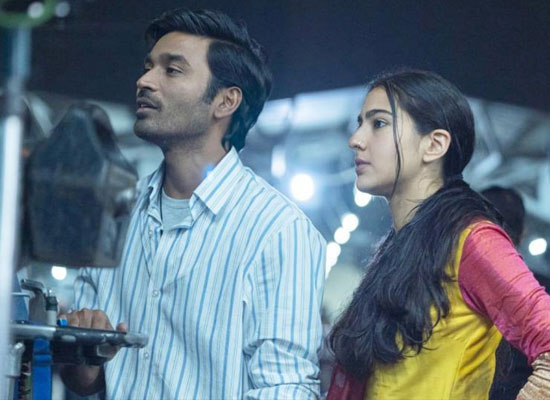 After film Love Aaj Kal, Sara Ali Khan's next one is Aanand L.Rai’s Atrangi Re, and while prior to the lockdown, Sara Ali Khan was shooting in Varanasi for the movie, the shooting was delayed due to the pandemic.
Now, it is being reported that the makers of Atrangi Re will restart the movie’s shooting again in October. Now, we received a behind-the-screens photograph from the sets of the movie. In the snap, Sara Ali Khan and Dhanush seem busy looking at something from a distance.
As per media reports, the cast and crew of Atrangi Re will shoot widely across Madurai, Delhi and Mumbai to complete the shooting of the movie at the earliest, and Sara and Dhanush had already finished the film's first schedule in Varanasi.