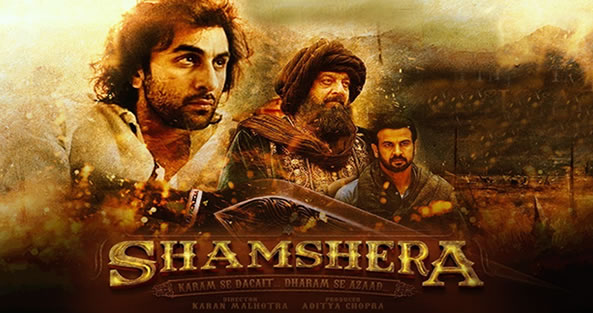 Shamshera is an upcoming Indian Hindi-language period action film produced by Aditya Chopra under Yash Raj Films and directed by Karan Malhotra. The film stars Ranbir Kapoor in a dual role with Sanjay Dutt as the antagonist alongside Vaani Kapoor, Ronit Roy, Saurabh Shukla and Ashutosh Rana. Set in the 1800s, the story follows an Indian dacoit tribe and their fight for independence against the British rule.
Plot: In the fictitious city of Kaza, a warrior tribe is imprisoned, enslaved & tortured by a ruthless authoritarian Shudh Singh. Shamshera is the a legend for his tribe who relentlessly fights for his tribe's freedom & dignity.

An alcoholic professor is sent to a juvenile school, where he clashes with a gangster,.. more...
Home / Movies /Shamshera