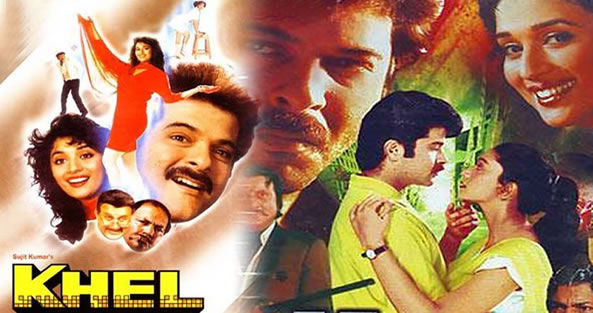 Widowed Sulakshana Devi is a wealthy industrialist and lives a very wealthy, though hectic lifestyle with her only son, Ravi, and nephew, Balwant. While returning from overseas, she is told that Ravi has met with an accident and has been killed. This news does devastate her, but she soon recovers. Then a pregnant woman named Kamini approaches her and tells her that she is carrying Ravi's child. Sulakshana disbelieves her and has her thrown out. When Ravi's friend, Sanjay Gupta, confirms that Ravi was seeing Kamini, she sets out her men to search high and low for Kamini, but to no avail. Then years later, she meets with a young man, Arun Kumar, who was able to retrieve her purse from a thief. Sulakshana finds out that he is unemployed and has not eaten for days. She decides to hire him, not knowing that Arun is a actually a con man, who will do his best to woo her to inherit her estate and Crores of Rupees.

An alcoholic professor is sent to a juvenile school, where he clashes with a gangster,.. more...
Home / Movies /Khel